Constitution of Patient in Homeopathy

In homoeopathy, the choice of remedy is based on a consideration of the totality of an individual's symptoms and circumstances, including personality, behaviors, fears, responses to the physical environment, food preferences, philosophy of early life of patient, history of patient's nearest relatives and so on. No knowledge is perfect unless it includes an understanding of the origin - that is, the beginning; and as all man’s diseases originate in his constitution it is necessary that his constitution should be known if we wish to know his diseases.

Stuart close said - Constitution is that aggregate of hereditary characters, influenced more or less by environment, which determines the individual's reaction, successful or unsuccessful, to the stress of environment.

Constitution is a term which covers vast dimensions in width, depth and intricacy, but it is often inadequately understood. It has two basic factors-
The endogenous factors are innate in the individual incurred from the heredity. They endow the organism with various types of tendencies susceptibilities, reactions to the stress of environment.
The exogenous factors are incurred gradually and steadily since birth from the various intimate details of the environmental factors.
Ultimately, both these exogenous and endogenous factors may be come so much intimately mingled up that they form a new type of constitution of the particular organisms - totally distinct from progenitors and even others of the same species. From this approach it is clear that each individual has a distinctly characteristic constitution of his or his own.
It is for this reason necessary, that persons are studied in details in their distinctive features, that signify the personality. They bring out unfailing indications in the health-ill relations and guide the treatment. 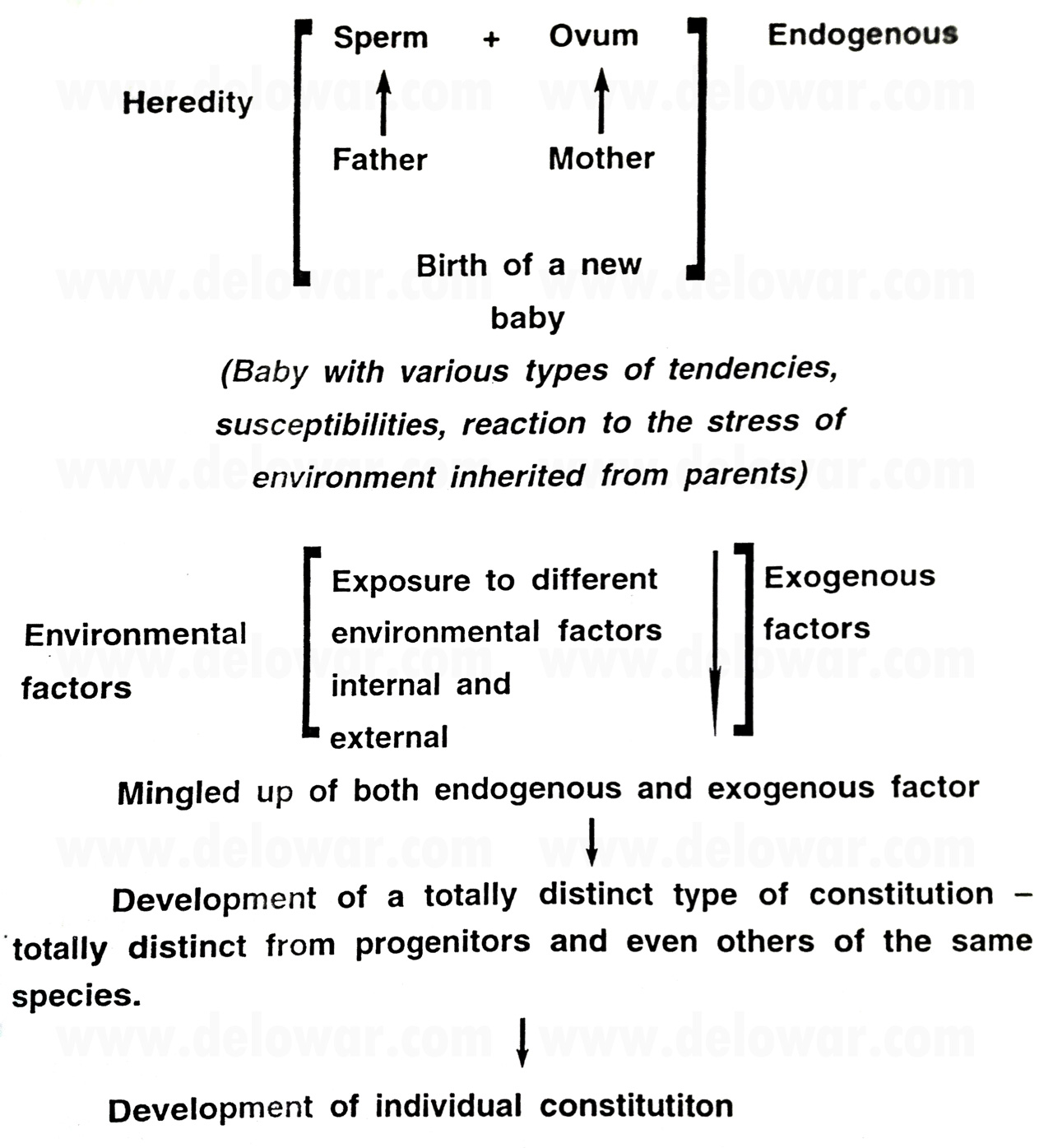 There are different types of constitution which are carried into homeopathic parlance from old-time pathology. Some of them are-
There are also choleric (bilious), chlorotic (anemic with greenish pallor), Neuropathic(Easily excited and depressed), Dyscratic, Lithemic, Neuropathic constitution etc.

Constitution consists of various factors. The chief are-
It also includes all other factors that work in his framing and that make him distinct, definite and different and thus separate from other persons.

It is has been noticed that every individual drug has a special relative affinity for particular type of constitution. This fact was clearly noticed by Hahnemann while conducting drug proving as well as in his practice.

Constitutional medicine means the medicine which can correct the constitutional defects -  inherent and acquired. Every antimiasmatic medicine is a constitutional medicine. It acts better only after other miasmatic effects are removed or brought to latent state.
For constitutional diagnosis of an individual of Homeopathic physician should search about Fruit-True-Earth Syndrome, Philosophy of early life and development of Philosophy of life, which is high and only mission of the physician. This type of study of an individual will give unfailing indication in the health-ill relations and guide the treatment. This procedure of treatment make Homeopathy (real not superficial) the unique and unparalleled therapeutic system. 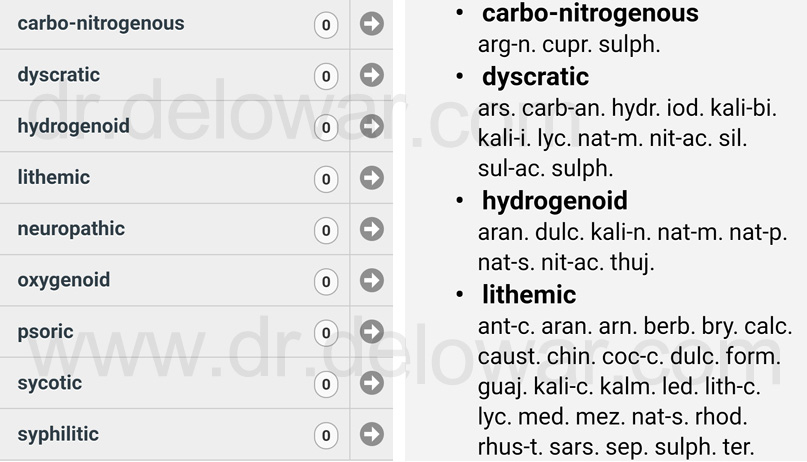 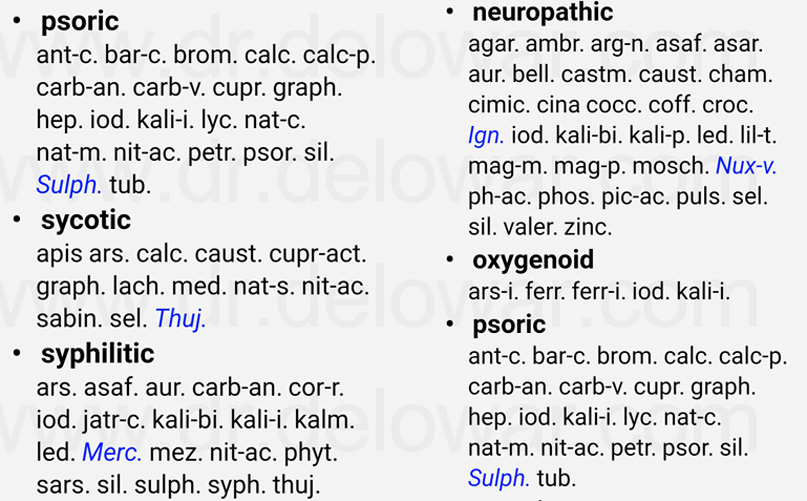 This procedure exclude symptomatic treatment i.e. considering aggregation of complete symptoms, Rubrics etc. and treatment of results of the disease, like-Pyrexia(fever), Colic, Migraine, Arthritis, Skin diseases, Cancer, Palsy, Epilepsy, Diabetes, Hypertension etc. After constitutional diagnosis the similimum [following construction of six cycles.] will remove and annihilate the disease in its whole extent [constitutional defect-inherent and acquired] which is the source of all physical as well as mental problems. In this way an individual gets back "Freedom" in place of "Consciousness".
Pathology: Something abnormal; the structural and functional deviations from the normal that constitute disease.
Constitution of Patient in Homeopathy Delowar Jahan Imran 5 of 5
In homoeopathy, the choice of remedy is based on a consideration of the totality of an individual's symptoms and circumstances, includin...