Disorder first in Vital Force ! Why Do We Get Sick?

When a person falls ill, it is only this spiritual, self-acting (automatic) vital force, everywhere present in his organism, that is primarily deranged by the dynamic influence upon it of a Morbific agent inimical to life; it is only the vital force, deranged to such an abnormal state, that can furnish the organism with its disagreeable sensations and incline it to the irregular processes which we call disease; for, as a power invisible in itself, and only cognizable by its effects on the organism, its morbid derangement only makes itself known by the manifestation of disease in the sensations and functions of those parts of the organism exposed to the senses of the observer and physician, that is, by morbid symptoms, and in no other way can it make itself known.

It is clear that Hahnemann wishes to teach that it is a disorder of the activities of the internal man, a lack of harmony or lack of balance, which gives forth the signs and symptoms by which we recognize disease. These sensations constitute the language of disorder; i.e., the means by which we recognized disorder and disease. This immaterial vital principle, this simple substance, everywhere pervades the organism, it pervades every cell and every portion of the human economy. We will see in course of time that the change in form of a cell the result first of disorder, that the derangement of the immaterial vital principle is the very beginning of the disorder, and that with this beginning there are changes in sensation by which man may know this beginning, which occurs long before there is any visible change in the material substance of the body. 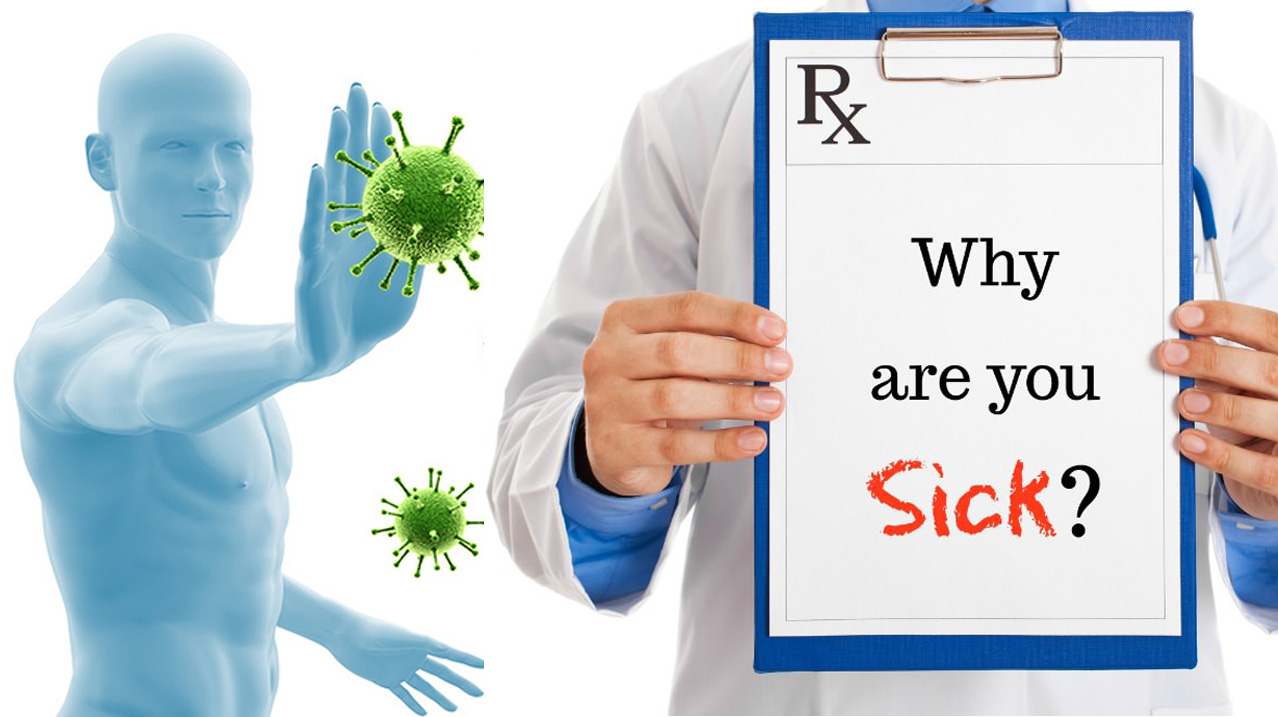 The patient himself can feel by his sensations the changes, and this is inimical to life, and death immediately follows, for life in tis fullest sense is freedom. As soon as the internal economy is deprived in any manner of its freedom, death is threatening; where freedom is lost death is sure to follow.

Disease products are comparatively harmless where it not for the fact that they contain an innermost and it is the innermost itself that is causative. The bacteria are the result of conditions within, they are, as it where, evolved by spontaneous generation - laterally, that is what is. Every virus is capable of assuming forms and shapes in ultimate. The causes of ultimate's are not form without but the immaterial invisible center. Those things that appear to man's eye are evolved, just as man himself is formed from a center which has the power of evolving, and endowment from the Creator, operating; under fixed general laws.

It is only when the vital principle is disturbed by cause of a disease character (that is the innermost of a virus in the form of a simple substance) that gives forth any consciousness of itself.

If there were no disturbing influence in the interiors of man he never would have symptoms. As you sit there in your seats in a perfect state of quietude or tranquility you are not conscious of your eyes, of your limbs, of your hair. You have to stop and think whether you feel or not. When all the functions are carried on in a perfectly orderly way you have no consciousness of your body, which means that you are in freedoms. When not in freedom the individual says, "I feel". It is this disturbance of an invisible character which comes form cause, and appears by changes in the activities of the body, changes in sensations, changes in functions. It is in accordance with all-wise providence that these sensations should appear to the physician who shall be intelligent enough to read them and know what they mean. They are a warning, they for us, for purpose. No feeling a man can have is without purpose, as there is nothing in the universe without its use. Hence these morbid sensations reveal to the physician that there is disorder.
To establish freedom should be the aim of the physician, and if a physician's work does not result in placing his patient in freedom he cannot heal the sick, for healing the sick in placing the patient in freedom, giving him absolute physical freedom....

Only the vital principle thus disturbed can give to the organism its abnormal sensations and incline it to the irregular actions we call disease.

This is totally different from calling the results of disease, e.g., calling Bright's disease, cancer or palsy diseases. Most of the conditions of the human economy that are called diseases in the books are not diseases, but results of disease. To call a group of symptoms a disease of none part, and another group of symptoms a disease of another part, is a great heresy and leads to errors in prescribing that can never be corrected. Organic change is the result of disease.
Morbid anatomy furnishes no basis for prescribing, but true pathology is often of the greatest benefit, helping the image of the sickness to shape itself before the mind.

What nonsense! That is not adjusting the remedy to the state of the patient that existed before he had these structural changes and fixed groups of symptoms, for if you adjust a remedy to the pathological condition you are not adjusting it to the patient, to his very beginnings down to the present time. He need not have pathological results. All he needs to have is symptoms. The patient can cure his own morbid anatomy. If you will take away the first state of disorder his economy will be safe. If the results of disease cannot be removed the patient himself will return to health and the morbid anatomy will undergo such changes that it will not affect his state of health. The fibrinous adhesions needs not necessarily go away a state of quiescence comes and remains year after year so long as he remains well.

To think of remedies for cancer is confusion, but to think of remedies for the patient who appears to have cancer is orderly, and you will be astonished to know what wonderful changes will take place in these conditions when remedies that correspond to the conditions before the cancer began are administered. Cancer is the result of disorder, which disorder must be turned in order and must be healed. We dwell upon this, for many paragraphs bring out this distinction between symptoms and results of disease. The true morbid sensations of a healthy organism are what we must first consider. It is first assumed that the organism is in a state of health and capable of performing its functions, and then the morbid sensations of this healthy organism are the symptoms that come to the physician as a forerunner of death in parts, and finally dealt of the whole. The patient tells the physician his sensations, of the numbness of his fingers, of the pricking in his skin, of the pain in his stomach, etc., all the sensations of any part of which he is reminded. The healthy man is not reminded of his parts. If he has pain or bleeding he is reminded of this part. If he passes his urine without sensation we say it is normal and he is in freedom, but if burning and smarting and tenesmus follow he is reminded of it, and these sensations constitute symptoms.

If the patient is waxy and pallid, he papules and pustules, or swollen and varicose veins with red face, red eyes, etc., these the physicians can see and not down. Again there are things that the physician cannot see and that the patient cannot tell, that the mother, sister, husband or wife should relate to the physician at his office.

These symptoms constitute what there is knowable of the sickness, that which appears to the mind of the physician upon which he makes up his verdict. When the strong symptoms are all gathered together the physician in studying the case must separate out those things that were observed years ago from those things that are observed today, nothing how they have changed and why changed. Sometimes they have been changed by drugs so that the whole nature of the economy is giving out a different group of symptoms.

The physician must learn the changes all along the line, from beginning to end; what symptoms represented him now. Perhaps now he has morbid anatomy, pathological conditions in his lungs, liver and kidneys. The physician who has been for twenty years observing previous and present conditions in this manner, by hearing the symptoms can practically locate the morbid anatomy; he can tell where it will appear, knows where pus is in organs and where, and he can foretell pretty well what is soon to go on the economy.
Disorder first in Vital Force ! Why Do We Get Sick? Delowar Jahan Imran 5 of 5
The material organism, without the vital force , is capable of no sensation, no function, no self-preservation; it derives all sensation and...