Life is to be considered as composed of three parts - the body, the mind and the spirit. This is a trinity of life. The body and tissues are not life, but they are channels through which life functions. 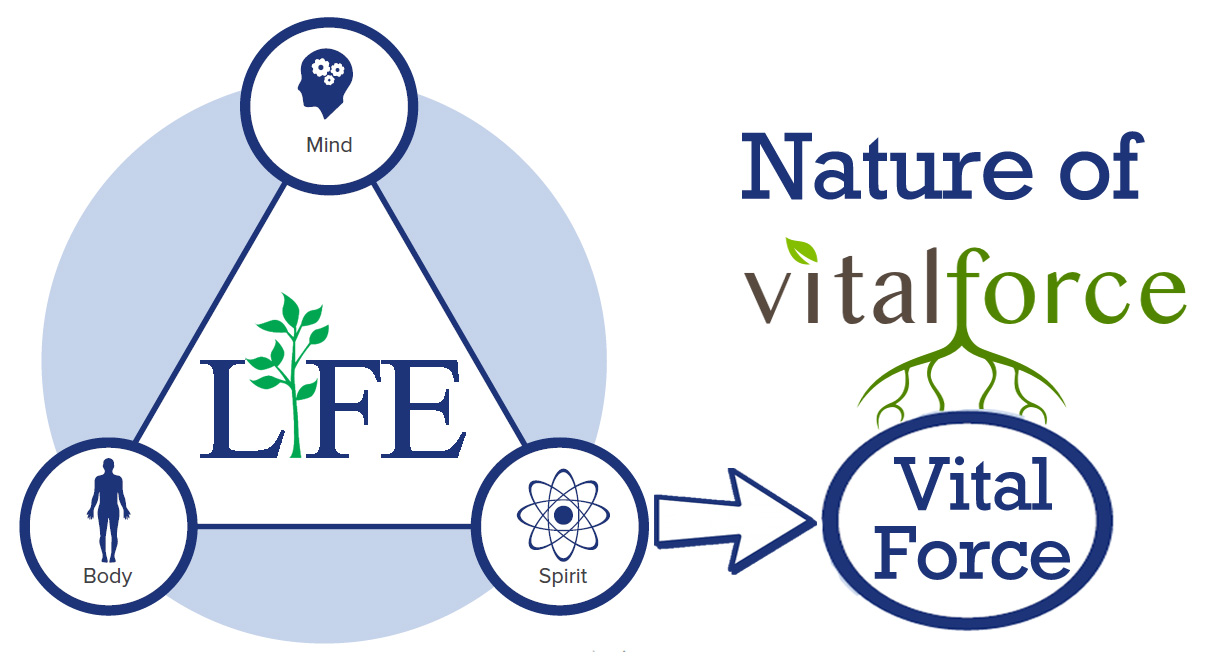 It is this super-sensual thing which maintains the body in living condition. This makes all the difference between the living and dead. This thing, according to Hahnemann, the father of Homoeopathy is termed as Vital force - the force of life which appears first in the fifth edition of Organon (1833). In the sixth edition, the same is changed to "Vital Principle".

This was the first introduction to the medical world of the rational concept of life itself.

Vital force has the following characteristics or qualities-
Spiritual: This means immaterial. The vital force is immaterial and hence it is not perceptible to our senses. It is cognizable only by its effects when it works through the material body.
Autocratic: Auto means self, keratos means power. So autocracy means self-powered. The vital force is autocratic. It is the supreme authority in our body ruling in its own way. It is not governed by anything but governs the material body as the highest authority, so it is called autocratic. It remains in the organism as per its own will and maintains the integrity of the organism.
Automatic or self-acting: Vital force is an automatic force which animates the whole organism. It creates spontaneously to all stimuli against itself.
Dynamic: Vital force is dynamic i.e. only power or energy. This dynamism penetrates every particle, every cell, every atom of the human economy. Without this vital energy, the cell or the whole body becomes inanimate and is dead.
Unintelligent and instinctive: Hahnemann uses these denominations for vital force in Sec. 15, footnote of 22, 29 and in the introduction of Organon of Medicine.

15....(just as the vital force is not conceivable without the organism), consequently the two together constitute a unity, although in thought our mind separates this unity into two distinct conceptions for the sake of facilitating the comprehension of it.

Intellect means, "power to judge and comprehend." As it is only a force it can not reason out itself. Forces can cause a thing while they themselves do not do it directly.
Instinct means "inborn impulse." In the introduction Hahnemann says, "But the vital force, which of itself can only act according to the physical constitution of our organism, and is not guided by reason, knowledge and reflection."
Nature of Vital Force Delowar Jahan Imran 5 of 5
Life is to be considered as composed of three parts - the body, the mind and the spirit. This is a trinity of life. The body and tissues are...