Home Homeopathy Why Tubercular Diathesis is given special attention?

Why Tubercular Diathesis is given special attention?

The Psora, a most ancient miasmatic disease, in propagating itself for many thousands of years through several millions of human organisms of which each one had its own peculiar constitution and was exposed to very varied influences, was able to modify itself to such a degree as to cause that incredible variety of ailments which we see in the innumerable chronic patients, with whom the external symptom (which acts vicariously for the internal malady), i.e. the more or less extensive eruption of itch, has been driven away from the skin by a fatal art, or in whom it has disappeared of itself from the skin through some other violent incident. 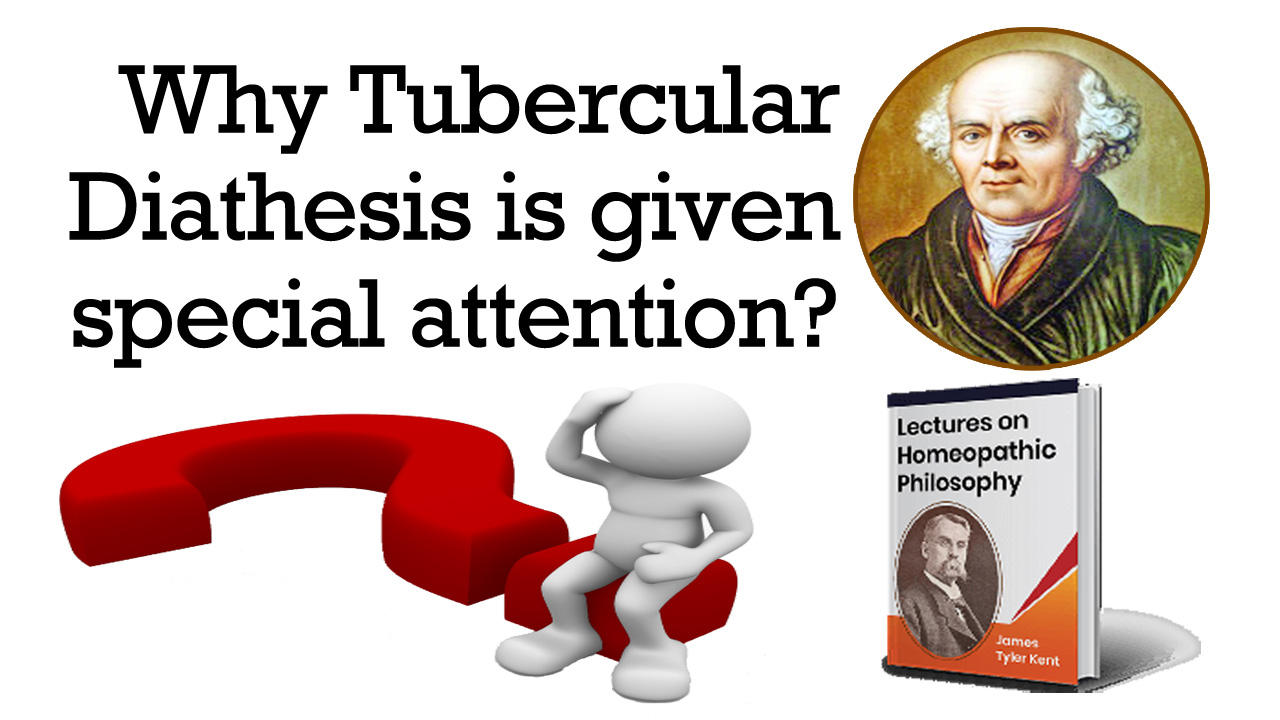 The fact that this extremely ancient infecting agent has gradually passed, in some hundreds of generations, through many millions of human organisms and has thus attained an incredible development, renders it in some measure conceivable how it can now display such innumerable morbid forms in the great family of mankind, particularly forms in the great family of mankind, particularly when we consider what a number of circumstances contribute to the production of these great varieties of chronic disease (secondary symptoms of psora), besides the indescribable diversity of men in respect of their congenital corporeal constitutions, so that it is no wonder if such a variety of injurious agencies, acting from within and from without and sometimes continually, on such a variety of organisms permeated with the Psoric miasm, should produce an innumerable variety of defects, injured, derangements and sufferings, which have hitherto been treated of in the old pathological works, under a number of special names, as disease of an independent character.

From Kent's philosophy, Psora is the beginning of all physical sickness. Had psora never been established as a miasm upon the human race, the other two chronic diseases would have been impossible, and susceptibility to acute disease would have been impossible. All the diseases of man are build upon psora; hence it it the foundation of sickness; all other sickness came afterwards.

From a small beginning with wonderful progress, psora spreads out into its underlying states and manifests itself in the large portion of the chronic disease upon the human race. It embraces epilepsy, insanity, the malignant diseases, tumors, ulcers, catarrhs, and a great proportion of the eruptions. It progress from simple states to the very highest degree of complexity, not always alone and by itself, but often by the villainous aid of drugging during generation after generation; for the physician has endeavored with all his power to drive it from the surface, and has thereby caused it to root itself deeper, to become more dense and invisible, until the human race is almost threatened with extinction.

Look at the number of the population upon the face of the earth, and notice how few arrive at the age of maturity. It is appalling to think of the number of infants that die, and these largely from the outgrowths, or outcoming of psora, We see little ones born who have not sufficient vitality to live. The congenital debility, and marasmus, and varying disease of a chronic character that carry off the little ones have for their underlying cause the chronic miasms. The principal underlying cause if psora, next syphilis and next sycosis.

Why Tubercular Diathesis is given special attention? Delowar Jahan Imran 5 of 5
The Psora, a most ancient miasmatic disease, in propagating itself for many thousands of years through several millions of human organisms o...